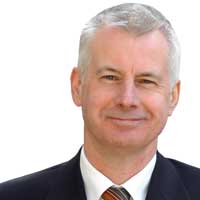 Seán Crowe joined Sinn Féin in 1976. He served as Sinn Féin’s national youth officer and was the national organiser for the Youth Against H-Block and Armagh in 1980/81.

Originally from Rathfarnham in Dublin, Seán and his wife Pamela have been living in Tallaght since they married in the eighties.

Seán is a dedicated community activist:

Seán values his connections to the local community in Tallaght and Dublin South West. He is currently a member of numerous community organisations and groups. Seán is a board member of St. Dominic’s Contact Centre (a drugs rehabilitation centre) and Greenhills College.