Dublin South West Sinn Féin TD, Seán Crowe, has backed calls by the Stardust Relatives and Victims Committee for a fresh inquest into the deaths of 48 people at the Stardust nightclub in Artane in 1981.

Speaking at the launch of a postcard campaign outside Leinster House, Deputy Crowe said:

“The original inquest into the fire was held just a year after the blaze and when very little was known about the events that night.

“Since then much more detail and new evidence has come to light. The Stardust victims and relatives deserve some semblance of truth and justice.

“Solicitor Darragh Mackin, of KRW Law firm, believes there is now enough evidence to warrant a fresh inquest and I am backing his call.

“My Sinn Féin colleague and Dublin MEP, Lynn Boylan, launched this postcard campaign to raise consciousness and greater awareness around what happened in Stardust Nightclub 37 years ago.

“We are now asking members of the public to send one of these postcards to the Attorney General requesting he grant a fresh inquest into this tragedy as soon as possible.

“The families and friends of the 48 people who never came home that night have a right to the full truth about what happened on that awful night. It was a tragedy that continues to haunt a whole generation of teenagers who felt less innocent and older following this fire.

“I would urge members of the public to help the campaign in any way they can and to send a postcard.” 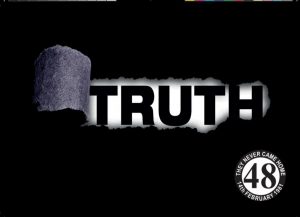