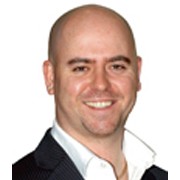 Cllr. Cathal King has been the Sinn Féin Councillor for Tallaght South for more than ten years and is the former Deputy Mayor and former Mayor of South Dublin County Council at the time becoming the first Sinn Féin Mayor of a Dublin Local Authority since the war of Independence. Cathal has lived all his life in Tallaght and he is married to Kim and has two young children.

Cllr King is a full time Councillor delivering a full time service with evening advice clinics available also. During his more than a decade representing the people of Tallaght South he has become known as a hard working straight talking campaigner that gets the job done. Cathal has campaigned vigorously to redress the imbalances and inequalities in our Community here in Tallaght by working closely with the Communities to affect real change.

Cathal has built a positive reputation for his tireless efforts to improve the Housing problems in Tallaght. He has promoted positive policy changes within the Council to ensure the best outcomes for the Citizens of Tallaght and beyond. Cllr King believes that the promotion of our recreational amenities and facilities and the promotion of sport is essential to tackling the scourge of anti-social and Criminal activities within our Community. He plans to continue to work with the Community to empower them in dealing with these problems.