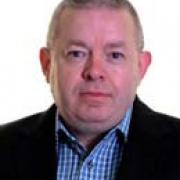 “I have known Dermot since 2002 when we worked closely on the Sinn Féin general election campaign, successfully electing Séan Crowe to Dáil Éireann for the first time. Dermot has remained close to the party since then, and has worked tirelessly with the team since his election to the Council in 2014, where he has proven himself to be an excellent councillor, community activist and business leader as a member of the South Dublin Chamber of Commerce and as owner of Tallaght Adventure World.”

“Cllr Richardson will be a fantastic addition to the Sinn Féin team and working together, we can achieve even more for the Community of Tallaght and South Dublin as a whole. The entire Sinn Féin organisation in Tallaght, Dublin South West, and on SDCC welcomes Dermot wholeheartedly and look forward to working together to continue to develop progressive Politics that benefits all of the citizens of Tallaght and beyond.”

“I am delighted to announce I have joined Sinn Féin in this Historic year of the Centenary of the Easter Rising, I have worked with Sinn Féin since being elected to SDCC and this was an easy decision after speaking to Cllr King. As a republican, I want to be part of the most productive and hard working party that will no doubt be in government in the near future leading this State in a new and better direction for all of the citizens. Coming from a working class family, the only party that represents the working class is Sinn Féin. I want to be a stronger voice for the people of Tallaght and to build a stronger Sinn Féin in South Dublin and across the island.”

Constituency colleague Cllr Louise Dunne has expressed her delight that Dermot has joined both herself and Cllr King, bringing to three the number of SF Cllrs representing the Tallaght South Ward.

“Since being elected to represent Tallaght South, I have worked closely with Dermot, along with Cllr King on a range of issues; specifically working together to improve services and amenities in the community. I am delighted that Dermot has decided to join the Sinn Féin Team as he has proven himself to be an excellent activist and a loud and vocal voice for the otherwise voiceless. Cllr Richardson has done sterling work beyond his role as a councillor. I have worked closely with him in fundraising for organisations such as homeless services and women’s refuges. I look forward to continuing work with him now as a Sinn Féin Cllr.”